When the story is so good…
Presenting the Damliche Damonen Trilogy in one beautiful book!

Damliche Damonen/Demonkeeper is an enduring story of a teenage boy finding himself in the midst of a chaotic world of kooky, hilarious and sometimes scary demons wreaking havoc in the quirky City of Seattle. Must be why its’ been re-released this fall in Germany. This series available for English readers as well. Go here to get your copies today!

Royce Buckingham reveals a fantasy novel set in a very different world from his trilogy for “The King’s Will”…And that’s exactly where the great power of the novel lies, you can completely explore the strange world and explore numerous different cultures, locations and connections.” — Poldis Hörspielseite 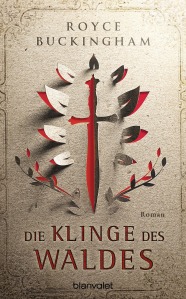 As a naïve princess she was cast out, as a strong self-confident woman she returns.

“The Blade of the Forest” by Royce Buckingham is a tremendous reading spectacle that has taken me by storm and absolutely thrilled me.” — Marion, Buchlieblinge 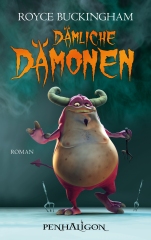